From A Jar Of Peaches To A Snow Covered Jar 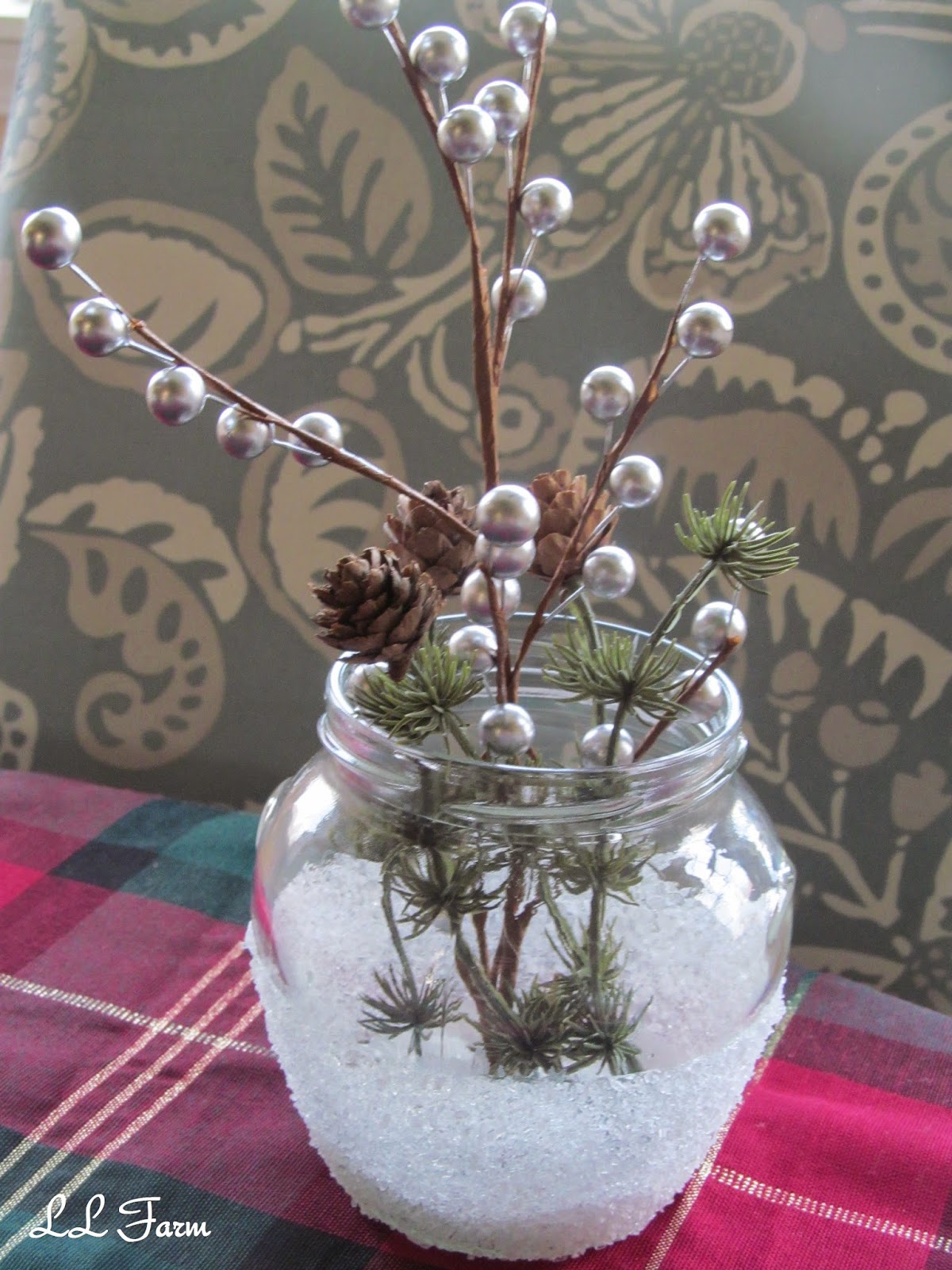 From a jar of peaches to a snow covered jar.

I will start with a confession...I did pay a little more for this jar of peaches, compared to the canned variety that I would usually buy, but the jar was so pretty...I knew I would do something with it.

This little DIY project is easy to do in just a few minutes, but can give such a wow factor, and it is up-cycling! 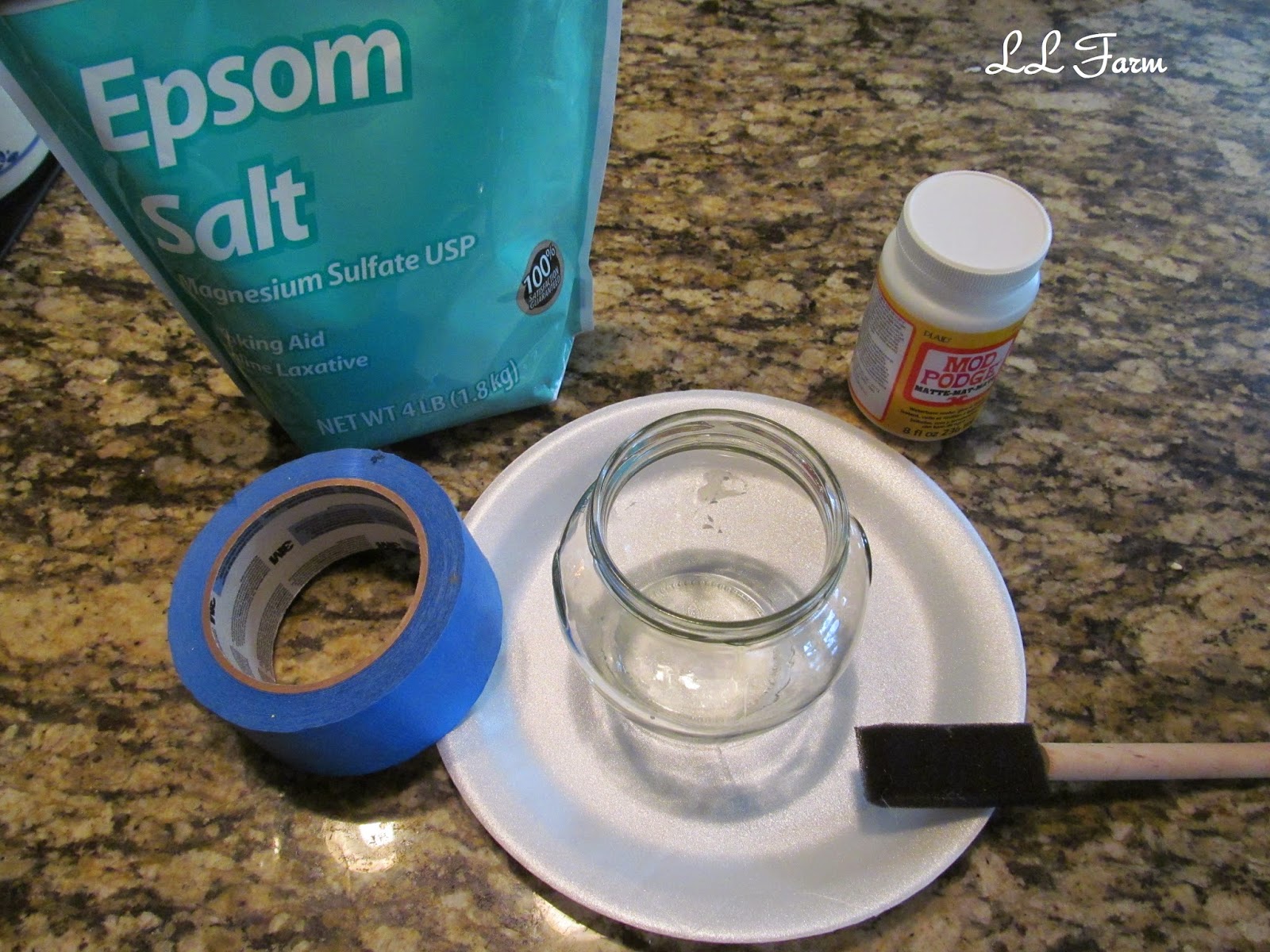 Cast of characters:
a glass jar (be creative in what you choose)
painters tape
foam brush (I rinse it out after each craft project and reuse, reuse, reuse)
mod podge
epsom salt
paper plate 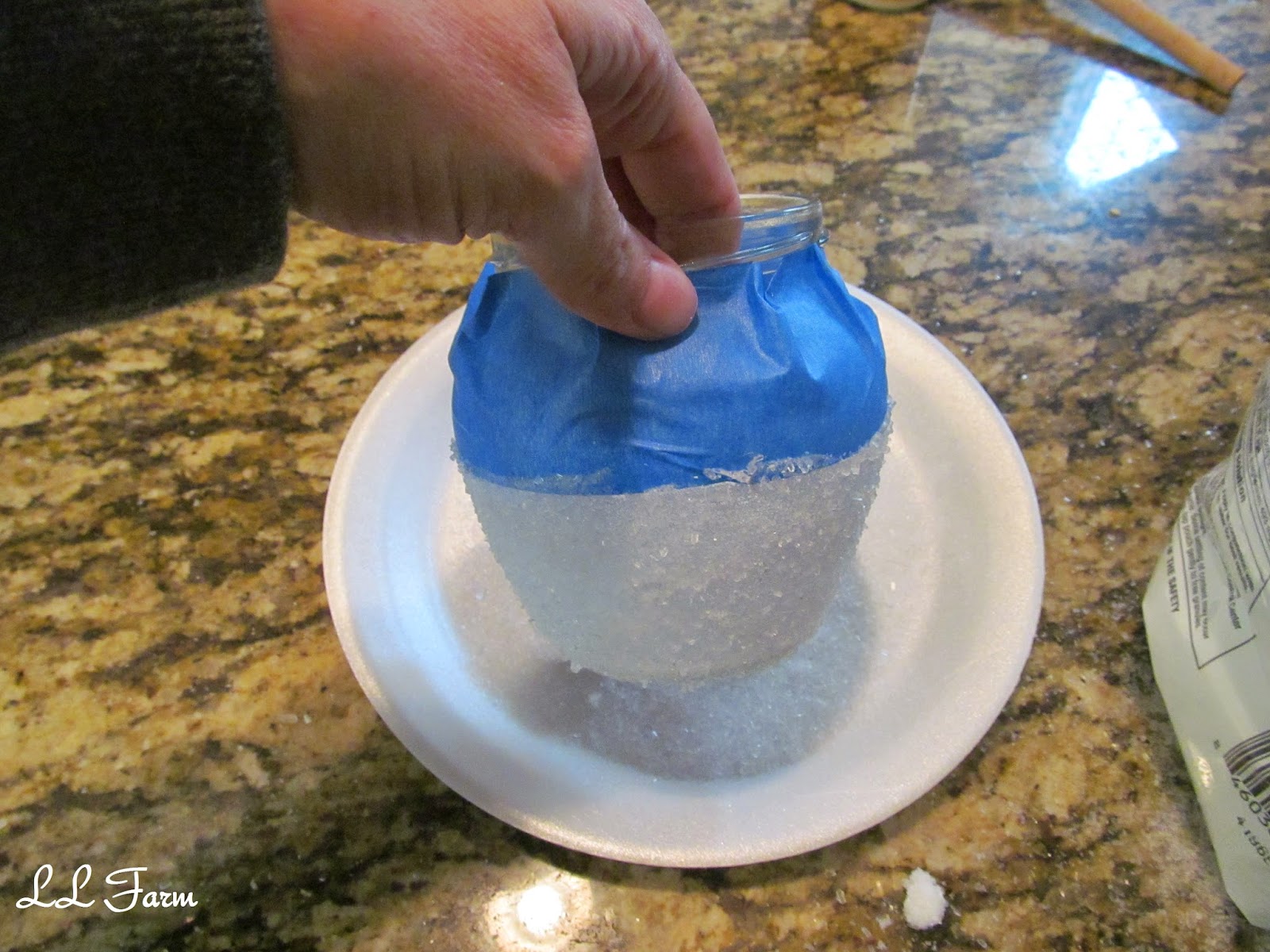 Remove any labels from the jar.  Use painters tape to mark off where you want to stop the snow.  I can't draw (or make) a straight line...never have, probably never will...  so forgive me if it's a little crooked.  Actually, let's just call it rustic (smile).

Using a foam paint brush, smear mod podge below the tape line.  With a paper plate under, sprinkle epsom salt over the mod podge.  Let dry. 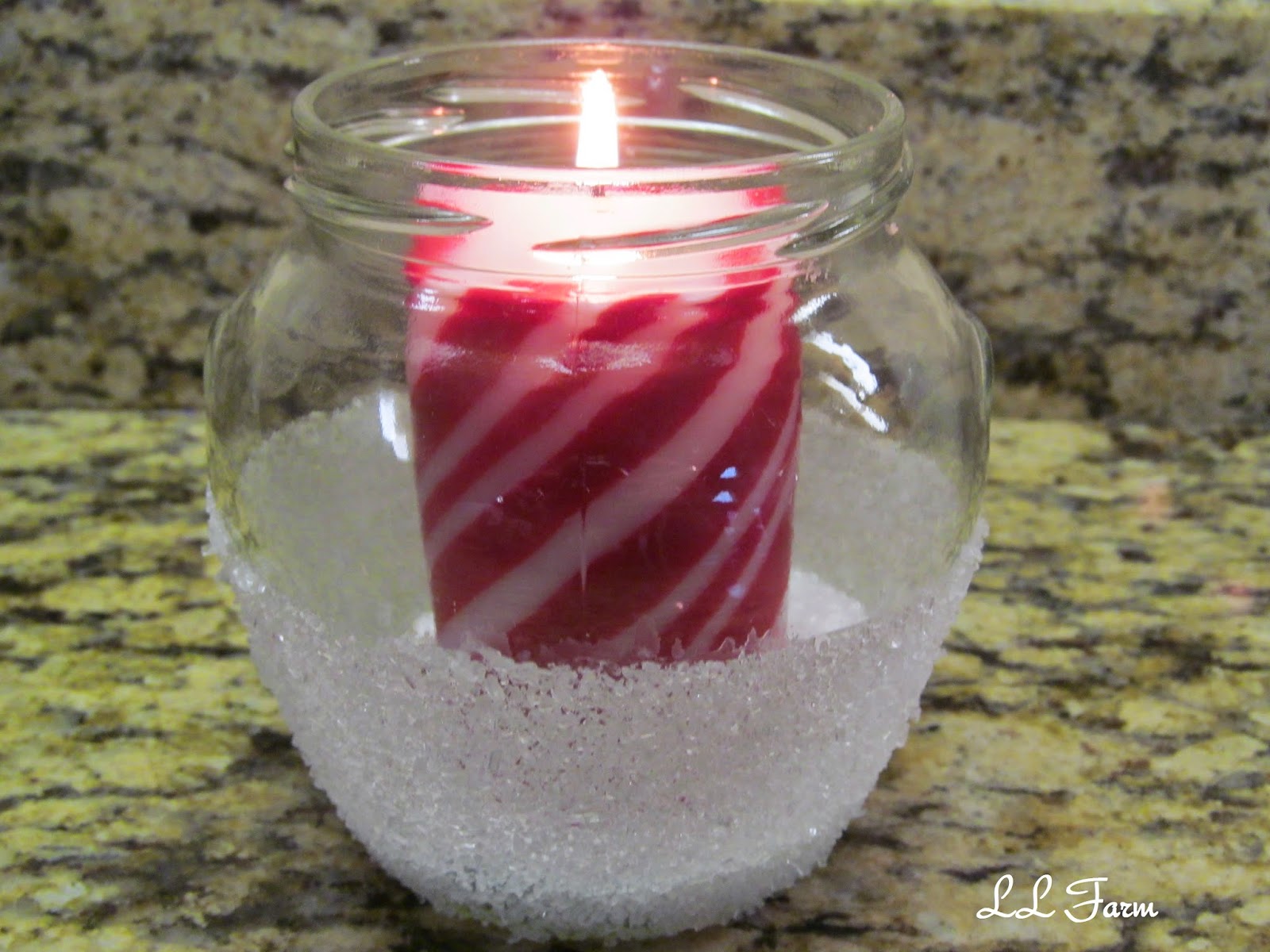 Put some more epsom salt inside the jar and put a candle in. 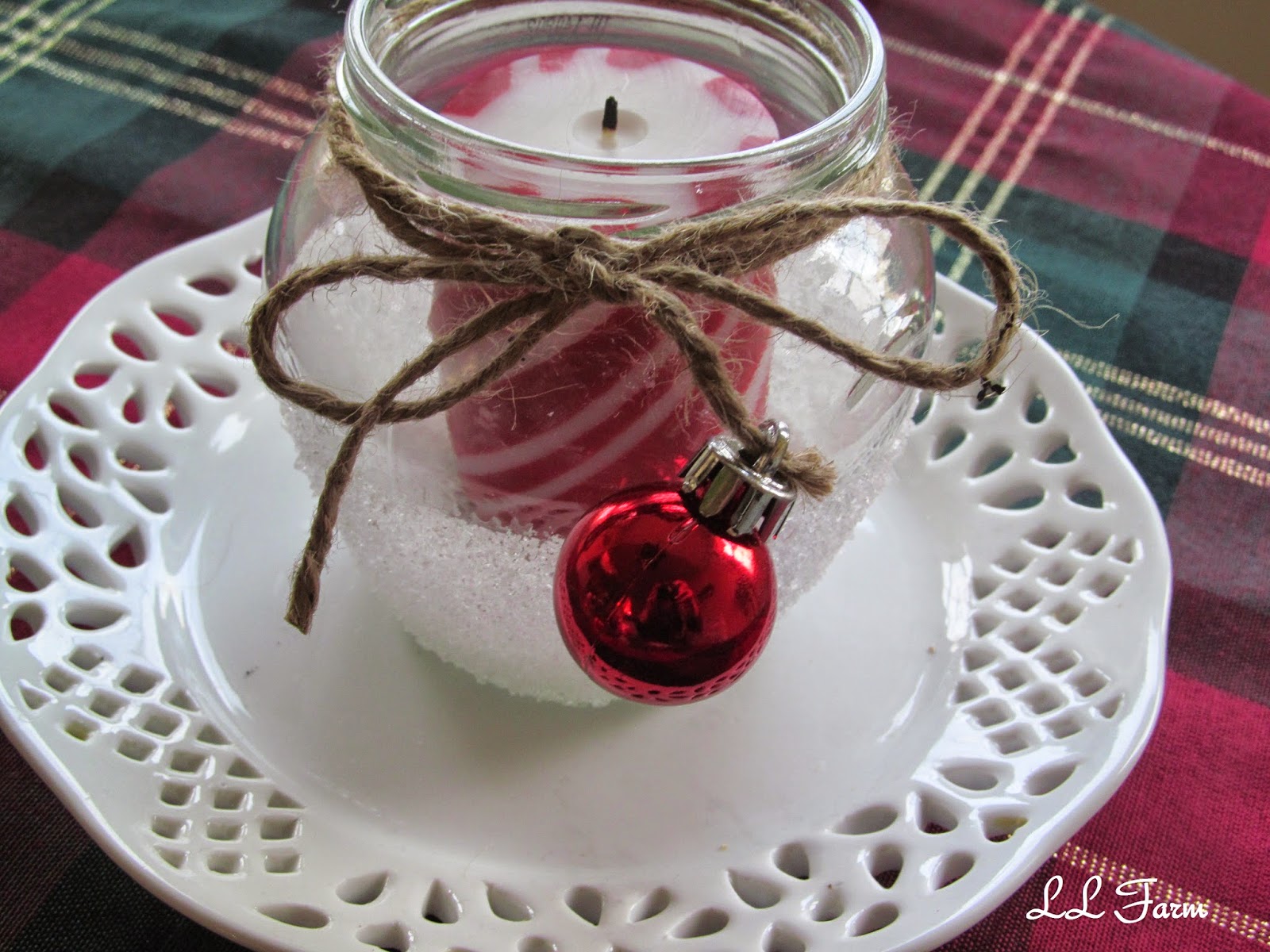 Tie some twine with a Christmas bulb around the top.

Once Christmas is over, put some pine cone and berry sprays in for a wintery look.

This would also be adorable with some wrapped candy put inside the jar.  I would take a picture of that, but.... 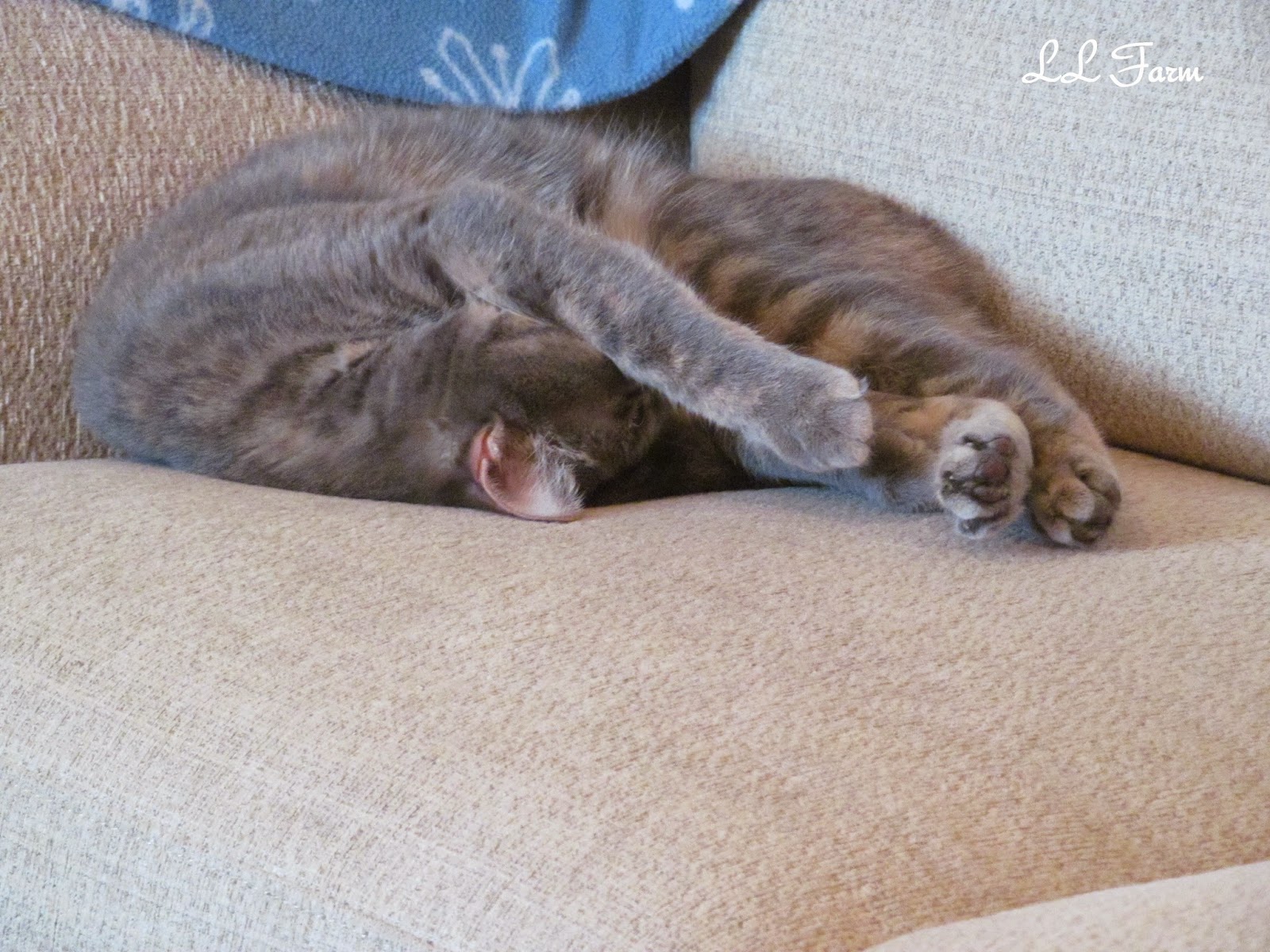 Lily said it was taking longer to do this post than it actually took to do the project.  She put her paws up as if to say that she had enough, and off she went to sleep.