My youngest daughter loves to cook!  We take a recipe and "tweak" it a little, then re-name it.  This recipe was given to me years ago, and we have tweaked it to make it our own.  Not only does Kara love this dish, but so does most everyone that tries it.  It is often requested and has pretty much became a staple that we take to cook-outs, reunions and get-togethers.  It also graces many a holiday table.  Because it is sooooo delicious and Kara makes it frequently, we have named it "Kara's Delicious Potatoes".

Even when she was younger, she would pretend cook with her play kitchen set.  I still have it in our basement.  It symbolizes such fond memories that I cannot part with it.

As she grew out of that stage, we moved on to more pretend....We pretend to be on a cooking show!
I love making great food and awesome memories in the kitchen.

I hope you enjoy this recipe. 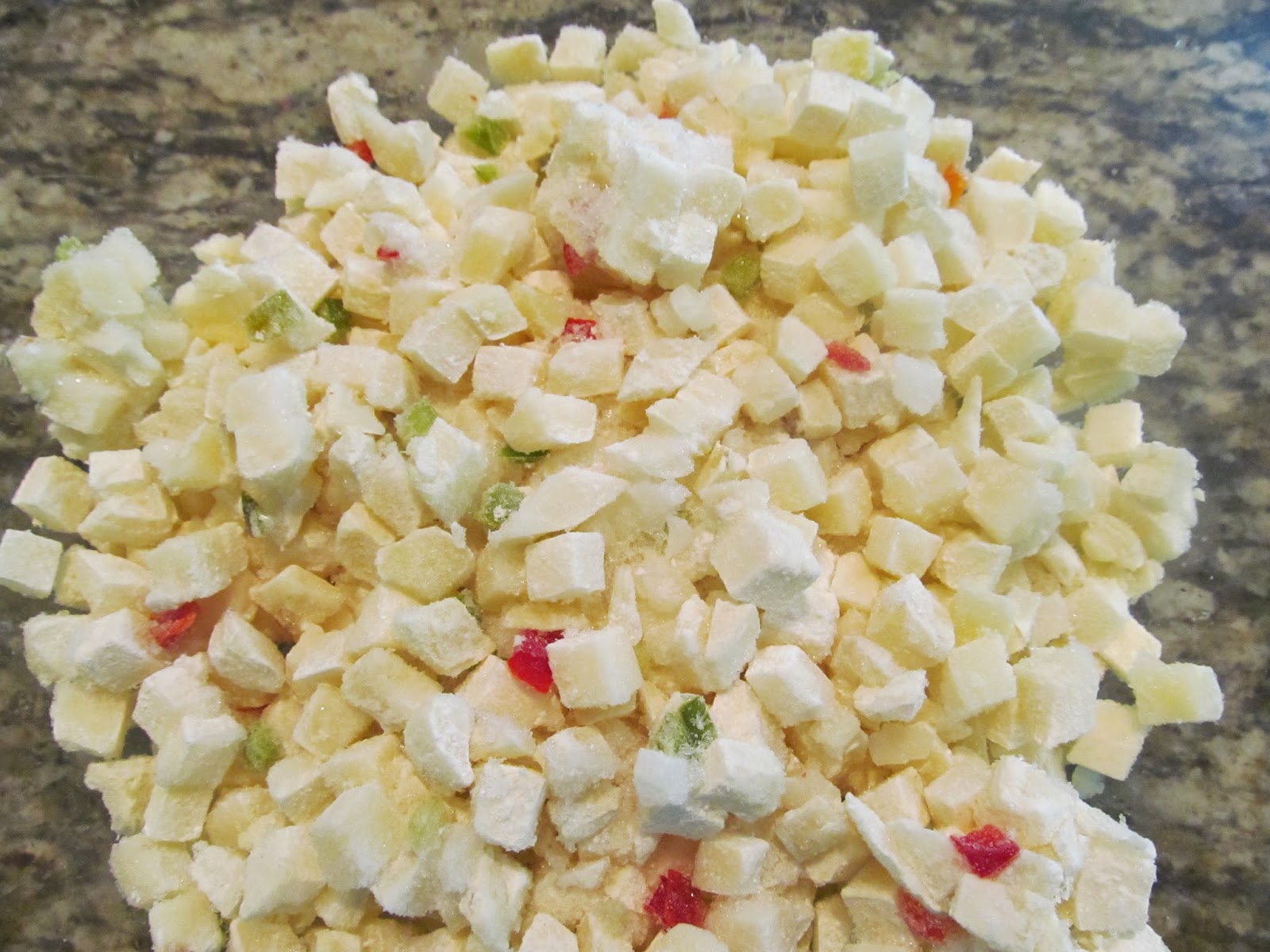 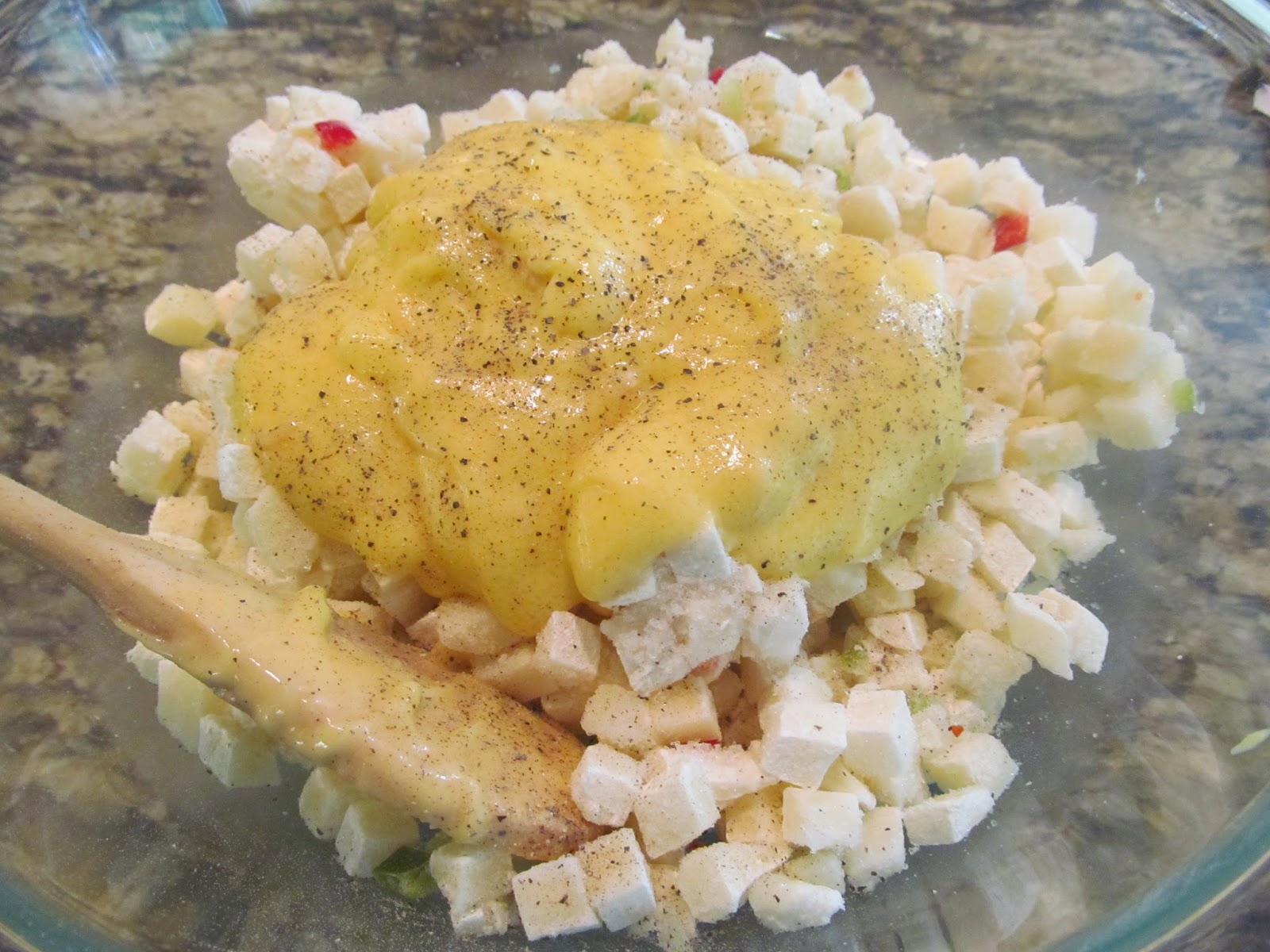 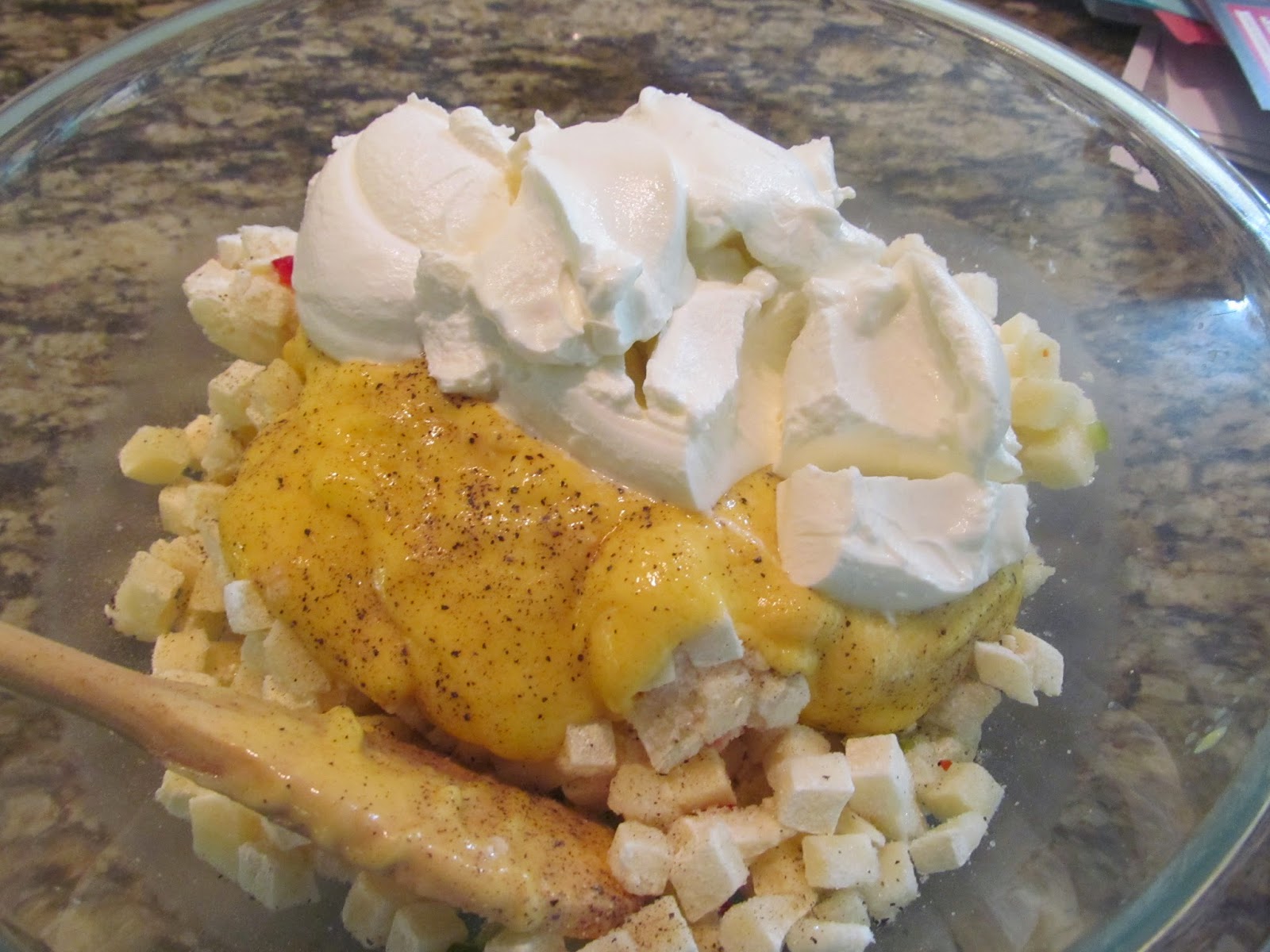 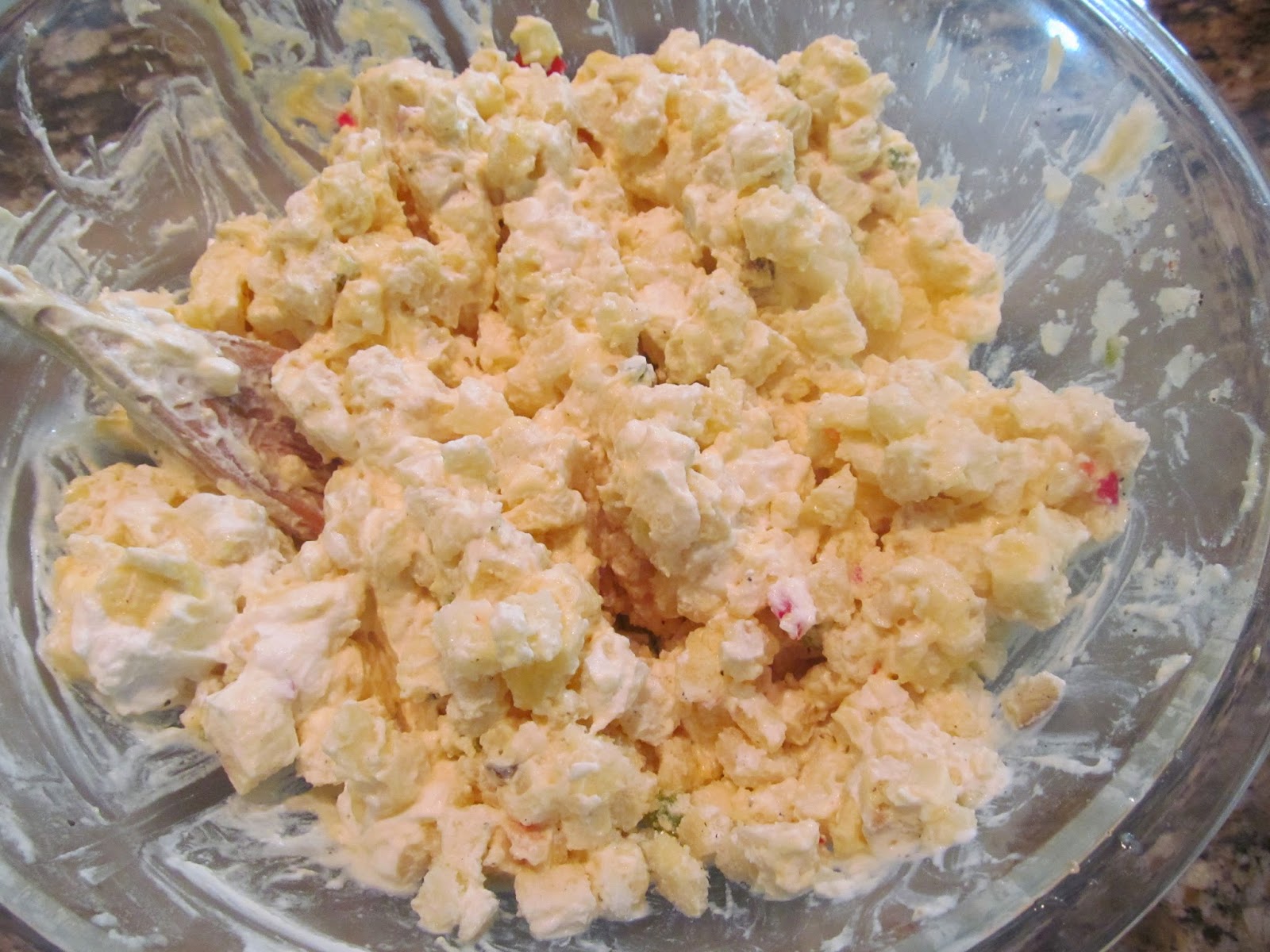 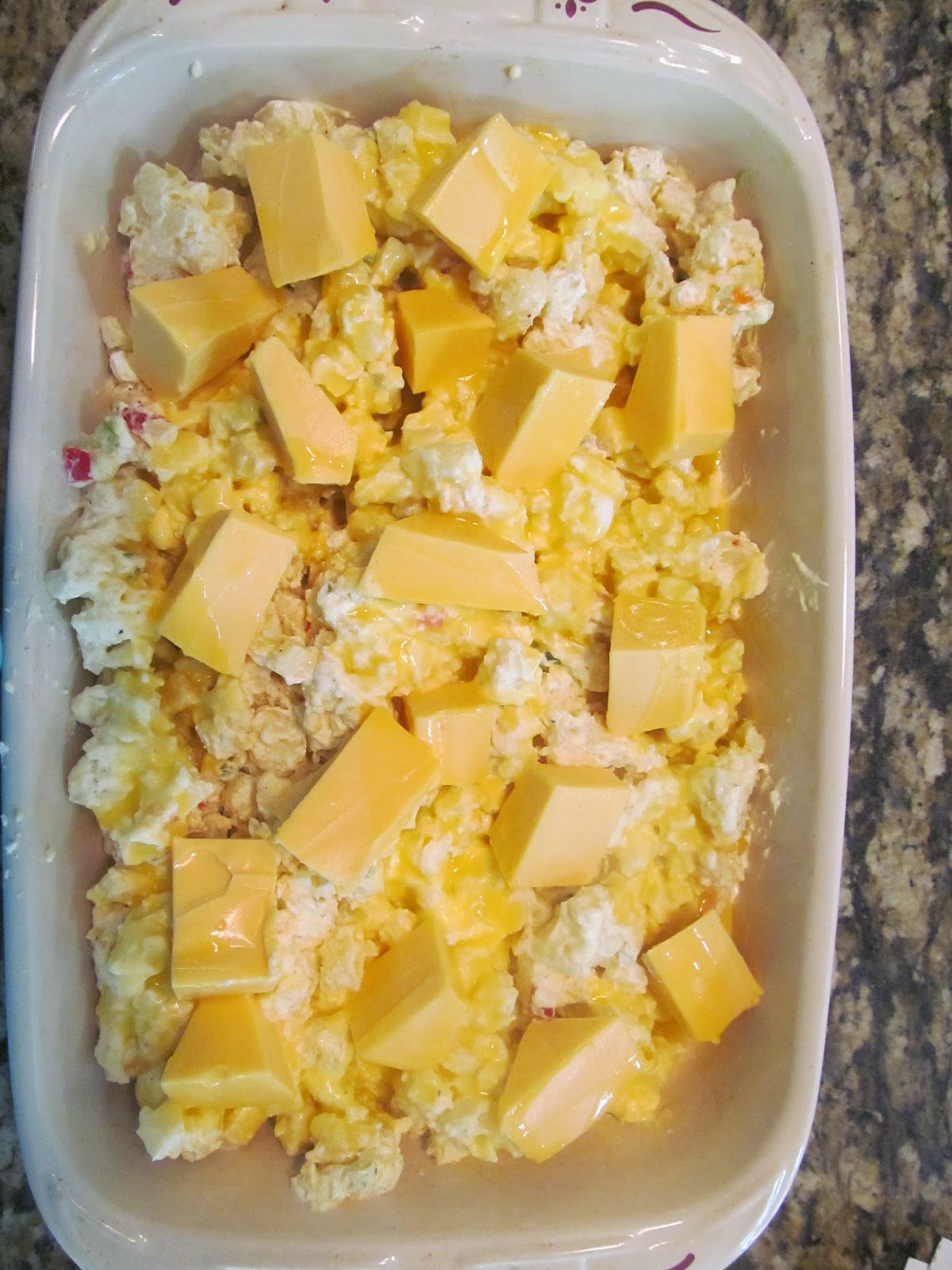 Spread into 9 x 13 baking dish.
Chunk 1/3 of a large block (32 ounces) pasteurized process cheese (such as Velveeta) on top.
Pour 1 stick of melted butter on top.

Kara's Delicious Potatoes
Preheat oven to 350 degrees
1 bag (28 ounces) Potatoes O'brien
1 can (10.5 ounces) cream of chicken soup
12 ounces sour cream
salt & pepper
1/3 large block (32 ounces) of pasteurized process cheese
*can use shredded cheddar, but I like the gooeyness of the process cheese in this dish*
1 stick butter, melted
Mix potatoes, soup, sour cream, s&p together.
Place in 9 x 13 baking dish.
Chunk cheese on top.
Pour melted butter over.
Bake for 1 to 1 1/2 hours, or until cheese is melted and all is bubbly.  Stir every 20 minutes while baking.

Email ThisBlogThis!Share to TwitterShare to FacebookShare to Pinterest
Labels: Recipes