A Chicken Full Of Spunk 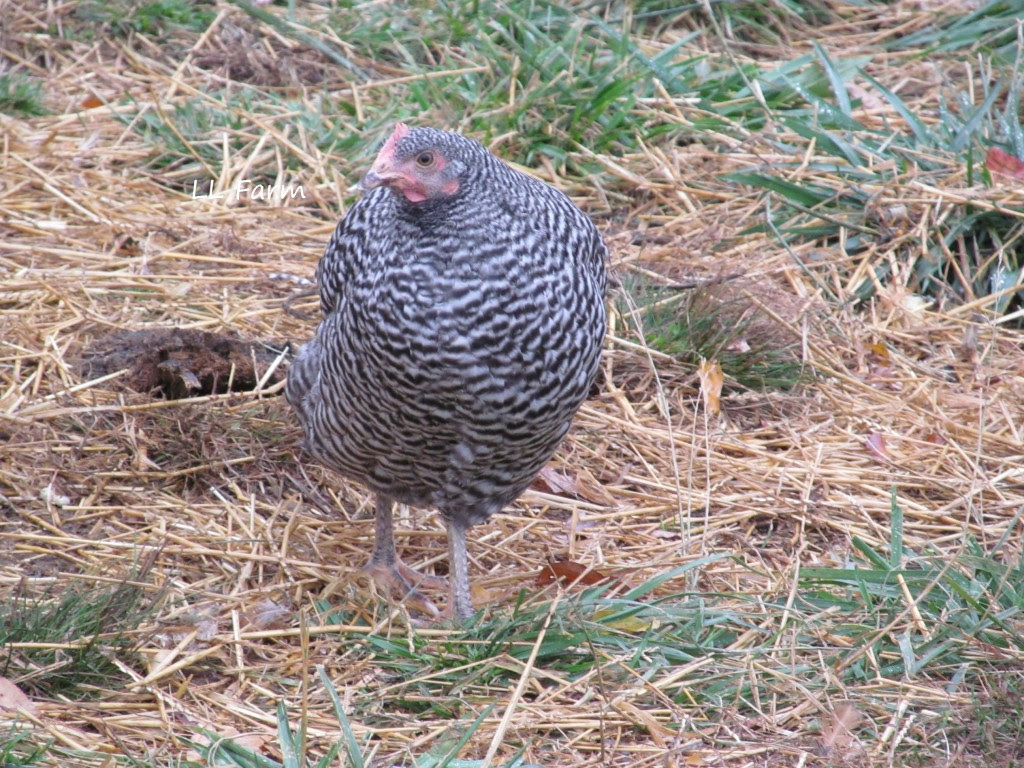 Betty the chicken…full of spunk…she’s a flier!
She’s one of the new girls in our colorful flock of chickens; a barred rock beauty full of spunk.
She frequently flies the coop (well she actually flies the chicken yard)…
…is she trying to impress the others
…does she think she’s full of super powers
…does she think she’s better than the others
…or…does she do it just to perturb me?

Here’s the deal…we clipped her wing.  She’s been with us a little over a month now and we’ve clipped her wing TWICE!  I say wing, not wings, because that’s what we do.  We always clip only one wing for a reason:  when a chicken tries to fly with only one wing clipped, she will be ‘off balance’.  If we clipped both wings, a determined chicken could still fly if they flap hard enough.  Or, as in the case of Betty, she’ll fly no matter what.
With that said, how is Betty still flying over the fenced in chicken yard?  We don’t know!  But, the better question is why?  She doesn’t go far.  She stays right around the chicken area.  She doesn’t explore the yard.  She doesn’t wander into the woods.  She just hangs out around the others, but on the other side of the fence.
Maybe she’s saying “na-na-na-na-boo-boo” to the others who can’t take flight with her.  And, of course she gives me a run for my money when I have to catch her to put her safely back in.  She darts back and forth, again probably saying “na-na-na-na-boo-boo“, but this time to me!  That’s probably it…she’s the joker of the group, telling the others “watch this crazy lady catch me“.
We keep our chickens contained in a large chicken yard for a couple of reasons.  It is for their safety, but also let’s keep it real…I don’t want to step in chicken poo throughout the yard.
Light bulb moment…I just figured it out (I think)!  Betty is having pecking order with me.  She’s showing me that she will fly out of the chicken yard if she want to…no matter how many times we clip her wings.
Ssshh…here’s a secret between you and me…don’t tell Betty.  I recently ‘pecked’ back…we made the fence higher.  Look at her standing on the old fence, trying to scale the newer, taller one.  She’s full of spunk and determination…we’ll see if she ‘pecks’ back.
Wish me luck!
This post has also been shared at Community Chickens.